The Cost of Wearing Blinders 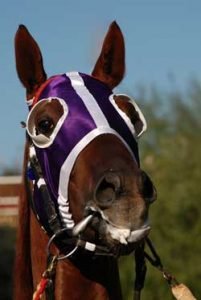 In my course, Competitive Blindspots, I teach about the tendency of top management to keep a strategy in place even as a growing body of evidence suggests it is the wrong strategy. There are many reasons for such “strategic stubbornness” or “blindspots”. The most common, though, is that they don’t know what else to do. This lack of skill in generating effective alternatives plagues many decision makers, from corporate CEOs to the White House’s inhabitants.

Here are a few examples.

A piece in a past issue of the Economist highlights the falling fortunes of traditional food retailers in the UK, Australia and the US. Operating profits for the big grocery chains have been squeezed by discount retailers such as Lidi and Aldi (which owns Trader Joe’s in the US). These discount chains are selling mostly their own generic products and are growing fast. The reaction of retailers such as the UK’s Tesco was to put the squeeze on its suppliers, the large food manufacturers.

The bargaining power play between retailers and manufacturers in the grocery industry had shifted irreversibly to retailers since the 1950s. Gone are the days that P&G and Unilever and Nestle could dictate terms to the supermarket chains. Instead, large manufacturers pay retailers slotting fees – large sums of money to get the shelf space, plus large bonuses for in-store promotions of their products. As the discounters squeezed the full price retailers’ margins, they in turn squeezed more payments from suppliers. In the UK it is estimated that the 4 largest’ chains make more in suppliers’ payments than in operating profits. In the US, suppliers’ payments are $18 billion annually.

What’s wrong with this picture? The strategy looks sound, right? Not only does it fatten profit margin but it also acts as barriers to smaller competitors and new products. I am all for the right of retailers to help their large and loyal suppliers. Naturally, some governments (in China and Poland for example) have stepped in to “protect consumers”. In the US, so far, surprisingly given the current anti-business administration, the FTC hasn’t fumbled yet into dictating the size of the rebates.

So where is the blindspot? The traditional retailers’ reliance on manufacturers’ rebates locks them into offering their brand names at their premium prices. Instead of competing more aggressively with Aldi and Lidi, retailers’ bosses stuck to the only model they know: Charge high prices for mega brands. Consumers have been voting with their feet. In Australia, the leading retailer’s CEO resigned this week as profits kept plunging.

If this was a new thing, I’d say, OK, it takes time to switch gears. But when this trend is a lasting trend and executives are blind, mute and deaf to it, you know you are seeing blindspots as the retailers are marching like lemmings toward the abyss. In the US alone, Aldi has 1400 stores and it is adding 100 annually for a decade.

Remember the colossal failure of the three large rating agencies, Moody’s, S&P and Fitch to give the right rating to Lehman Brothers and the toxic Mortgage-based securities? In response, politicians promised to change the rating industry in fundamental ways. Some pundits even predicted the dinosaurs will disappear, that they were beyond real repair.

A new regulatory agency was put in charge of the dysfunctional companies – a special unit of the venerable SEC. The new Dodd-Frank Financial Reform law enacted in 2010 abolished the requirement for securities to be rated. The result after 7 long years? The three companies are thriving and they have maintained an absolute lock on the market (90% market share in corporate bonds). As the Economist observes in a May 30th piece, a slew of new regulatory rules made it almost impossible for new comers to disrupt this inefficient market. Not only has the SEC failed to make legally mandatory rating for bonds passé, it has actually increased the cost of complying with all the regulations making it prohibitive to any small entrant. Since 2011, The SEC has been “reviewing” an application from one potential entry, R& R consulting, a firm created by two former employees of the big agencies. Their model of rating – continually adjusting the numbers- would have revolutionized the industry. Unlike grocery markets where consumers can vote with their feet, investors can’t. Regulators’ blinders are among the most difficult to overcome. When the next scandal breaks out, politicians will probably enact even more rules…

How can you prevent blindspots?

Since blindspots emanate from the inability to see alternative strategies, it is impossible to prevent them after the fact. In Secretary Kerry’s mind, it is either the bad deal signed with Iran or war. We frame alternatives according to our ability to think creatively, inside or outside the box. And once we decide there is no better alternative, we become defensive about our selected scenario to defend our egos. Record companies for decades thought the consumer has only two choices- buy the whole record or don’t listen to the music. Even when Apple came in and sold single tracks instead the music industry’s bosses stuck to their dying model. Alternatives are always available, but the ability to perceive them is not.

However, one method that helps in preventing blindspots from forming in the first place is having strategic discipline. Strategic discipline refers to the ability to say No. It is intimately related to the ability to judge the reactions of other parties to our moves. Assuming management understands the core activities that give its company a unique position in a market – not a trivial task for management who believes in balance score cards and excel sheets instead of strategic activity map- it should be able to look at alternatives via a longer term lens. Is the proposed move going to strengthen our positioning or weaken it in the longer run? Is squeezing suppliers for higher rebates and being obliged then to keep the high prices of their brands in stores going to strengthen us against the discounters?

Isle of Capri Casinos is a company operating 15 casinos in seven states. All its casinos are in secondary markets. It doesn’t go head-to-head with the big guys. It also said no to expansion overseas and therefore didn’t suffer when the Macau gambling mecca crumbled with the Chinese authorities’ crackdown on corruption. Its performance outpaces its industry and its stock far outperforms its peers.

Saying No pays off.