A Lack of CI Talent? 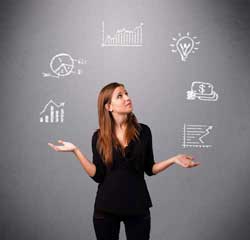 A recent post on LinkedIn Pulse https://www.linkedin.com/pulse/lack-hr-talent-jay-moldenhauer-salazar was titled, “A Lack of HR Talent.” It was an unusually frank discussion of the sorry state of HR.

Unusual for LinkedIn, that is. If you read posts by some “influencers” with hundreds of thousands of followers, they are so full of trite advice and clichés they might as well be served with anti-nausea medication. So a post that begins with “Get ready… I’m going to be pretty harsh about my colleagues” deserves full attention.

Research already confirms that critical perspective leads to higher success. People who are not critical hide from reality and therefore have little chance of making a difference. Jay Moldenhauer-Salazar, the author of the above critical post is indeed successful: He is the head of HR at Riot Game, a computer games company, and before that he was VP of HR at Starbucks. When he says HR is in the pits, I believe him.

So why is Mr. Moldenhauer-Salazar critical of his colleagues at HR? Because, he says, “HR is still mostly an art (because, hey… we like people!), and HR professionals don’t have analytics as part of their fundamental toolkit.” HR is still the soft, fuzzy function, he says, with no clear ROI.

Oh, boy. So, get ready… I’m going to be pretty harsh about my colleagues.

The moniker of “analytics” is now applied to everything that moves. Analytics is defined by Oxford Dictionaries as “the systematic computational analysis of data”. When I was a professor in a business school, we called that ‘statistical analysis’ but never mind semantics.

On the other hand, Mirriam-Webster calls analytics “the method of logical analysis.” That encompasses much more than logistic regression applied to terabyte of quantitative data.

By both definitions, CI is no longer a fuzzy function. At the Academy of Competitive Intelligence, the oldest and most respectable institute certifying competitive intelligence professionals (CIP™), eighty percent of the curriculum is analytical and devoted to logical analysis of businesses’ competitive arena. And last year, the Academy added a full day intensive course in computational analysis of big data, i.e., the new-age term for good old statistics, but with a twist: its focus is on how to apply it to understanding the competition, not just your own customer data or social chatter of Rihanna’s fans.

The CI field has two of those broad analytical frameworks. One explains how industries evolve and the other explains third parties’ behavior. While experts may differ on which theory they favor regarding these two areas (I am a fan of Porter’s), the same way economists may differ on which theory explains better the working of the economy, and psychologists differ on which personality theory they prefer, a common misunderstanding is that a framework is just another technique. It is not. A framework is an organizing schema within which individual techniques can make sense.

Without using a broad analytical framework, CI people are just lost in space. This has been obvious to me since I started training CI people at the Fortune 500s decades ago. I always assumed it would be greeted with relief when we started teaching CI as an analytical field back in 1999.

Yet it hasn’t been an easy ride.

Many CI professionals are not really CI professionals but information specialists. Many gravitate toward the field exactly because it is not perceived as “rigorous” an analytical field as finance, operations, or economics. They assume all they have to do is learn a few tricks to finding information.

Mr. Salazar says, “Human Resources has become the Island of Misfit Toys… I hear people want to enter this field because they “like people,” which is a necessary but woefully insufficient reason for building a career.” This is eerily similar in CI. Many want to enter the field because they like uncovering hard to find data. They think all they need is to learn tricks of how to collect data, and what the data mean is decision makers’ problem, not theirs. They leave the understanding of patterns in data (via any technique, statistical or qualitative) to others.

These information specialists still populate associations and conferences and some LinkedIn groups, through their numbers and employment opportunities are dwindling exactly because business wants analysts who are comfortable with insights based on quantitative and qualitative techniques alike. As searching for information becomes more and more a commodity and is ran by machines and algorithms, this becomes, as Mr. Salazar observed about HR, a vicious cycle: as long as CI is perceived as a fuzzy information fetching function, it will fail to attract talent, and without talent it will remain a fuzzy area with no clear ROI.

A glimmer of hope?

Our experience at the Academy is unequivocal: talent in CI comes from those who understand business, not information. That said, not all information professionals are borne alike. Avner Barnea, a former intelligence officer in Israel and a newly minted Ph.D. in Political Science and Management at Haifa University, and Cynthia Cheng Correia, an adjunct professor of competitive intelligence at Simmons College’s Library and Information Science (and a CIP™) have been calling for years now to infuse CI with more business analytical content. Still, their calls have been falling mostly on deaf ears. Many information professionals feel more comfortable with moving information around, not doing sophisticated business analysis on that information.

The relative share of CI professionals who are comfortable with analytics – quantitative and qualitative – is still uncomfortably small. Though all our CIPs™ are trained as business analysts, that’s not enough to change management perception. When “CI professionals” go on interviews and talk about search techniques and maintaining competitor portals instead of strategic cluster analysis and early warnings’ signal-identification methodology they reinforce management’s view of CI as non-analytical information delivery function. Every single future CI manager should think of this field as analytical, and plan on studying it accordingly.

I just hope at the end, I won’t be writing a piece similar to what the talented Mr. Salazar’s wrote.