Execution vs Strategy: The Story of Fab.com 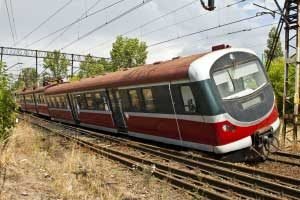 The story of Fab.com reported in Business Insider is a sad saga of ego, blind spots, a lame board and failure of competitive assessment. Those who believe great execution can save a bad strategy, stop reading now. You can hurt yourself.

The Birth of a Great Strategy

Fab was the brainchild of Jason Goldberg, a serial entrepreneur. Goldberg and his co-founders’ created the following strategy:

Everyone on board? Good. As one executive quoted in the article says, “You could always tell which product was a Fab product.” That’s strategy, no more, no less.

Results: Fab commenced operations on June 2011; by October, it had 240,000 members. By the end of the year sold $80 million worth of products to 1.3 million members with just 80 employees!

The Death of a Great Strategy

Fab surpassed 100 million in sales. The board — which consisted of heavyweights in the VC community like First Round Capital’s Howard Morgan, Andreessen Horowitz’s Jeff Jordan, Atomico’s Geoffrey Prentice, Tencent’s James Mitchell, and Allen Morgan voted for even faster execution of the growth strategy.

Then in short order, everything fell apart. The once “unique” products could be found on Amazon. Unsold inventories piled up. Expansion into Europe failed miserably and burned through cash faster than a wildfire. The company ate through $250 million and collapsed.

It doesn’t take a genius to understand that if your appeal is based on exclusivity and distinctiveness, it entails very specific and strict activities wholly focused on preserving that positioning which is so critical. Growth must be managed extremely selectively.

So, while it doesn’t take a genius, it does take discipline. If the CEO doesn’t have it, and the board is lame, you know wealth will be destroyed and people will lose their jobs. Yet the misinformed “experts” will blame execution.  Fab did everything wrong for a strategy of distinct, design-based niche, but that was not a careless mistake in execution.

Simply put, by 2012, Goldberg changed his strategy. As one ex-employee says, Goldberg wanted to be Amazon. He executed everything perfectly for that strategy.

This is not as rare as you’d think. Executives, especially overly optimistic types, believe they can execute their way out of any hole and strategy is a mere academic exercise. They go on a different course than the original strategy that created the success of the company… then they simply and completely lose their way.

Suddenly, everything becomes about better execution.

A big catalyst in Goldberg’s losing his way was the quick (within 6 months) imitation of Fab.com’s model by Bamarang, owned by the bare-bone Berlin-based cloner, Samwer brothers’ Rocket Internet (they even cloned eBay, Amazon and Zappos…). Goldberg then panicked.

I’ve seen this before – executives fail miserably to assess competition strategically. A simple war game would have pointed out that Bamarang was never a real threat. Its model of low cost operations was all wrong for the type of market in one-of-a-kind, small batch design (it was shuttered in 2012). Goldberg’s overreaction in Europe cost Fab between $60-100 million and hastened Fab’s demise.

A war game is a great reality check, a strategic thinking discipline-enforcer. It would have cost Goldberg and his board a few thousands dollars, but naturally, there is no point in running a war game when the chief’s ego is on the line.

As I teach in my course at the Academy, blind spots kill, execution doesn’t. Ironic, isn’t it?