The Myth of the Ideal CI Manager 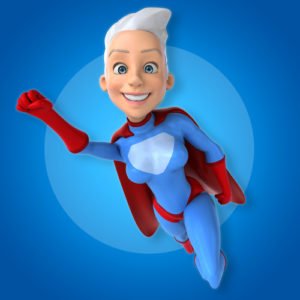 I read an interesting piece today on Linkedin. The author, Almudena Brezosa Penaranda, an intelligence manager at the pharmaceutical giant J&J in Europe, listed what she considers a set of skills that are requirements to be an effective leader of CI in a company.

The list was a comprehensive one that covered technical skills, business skills, and soft organizational skills. The profile that emerged would be an ideal manager in any function and a dream of any recruiter, even though Almudena believes CI managers need more skills than others: “If you do not have stakeholder management skills,” she says, “you may still succeed as a finance manager, even if you are incapable of motivating your own dog.”

There is only one problem with the ideal profile Almudena compiled: it is focused on the producer of intelligence and as such has little to do with reality. It is also unnecessary. There is no such perfect CI leader and imperfect CI analysts can still make great CI leaders.

It all depends on the other side of the equation.

In other words, in a system perspective, the producer of intelligence is just one element. The consumer is as critical (and in my cynical, old perspective, even more critical) in the success of the intelligence process. And while we can write ideal wish list or even claim to have all these wonderful qualities in the hapless CI analyst, if the consumer of intelligence isn’t ideal, the ideal CI analyst will find him or herself collecting data like dogs, or worse, coordinating vendors’ collection of data and nothing more.

This is not something they talk about at all those wonderful CI conferences, do they?

I am almost ashamed to put this simple equation here, but so many articles such as these are focusing on the qualities of the intelligence producer as if this is the panacea, and every year, the standard get higher, and they all are missing the point.

So as someone who has trained the vast majority of CI analysts in the Fortunate 500, let me stand up for the imperfect CI analyst who is still a great CI analyst without the laundry list of skills. The success of any CI analyst is the result of the following equation:

The “market” for competitive intelligence

Think of a large company as a market for intelligence. Markets work by setting a price that reflects both the supply and the demand. The CI community has been bashing itself for decades now for not having the right supply to create demand. The sophisticated techniques get better and better with A/I and big data and yet the role and impact of the CI manager never seem to change. How can that be?

We are getting so much better and yet nothing meaningful happens!

The answer is in simple economics: it is not enough that the seller thinks its product or service is worth a high price, it is the consumer that eventually determines the price based on perceived value. If the consumer doesn’t think there is much value in the product, producers getting better educated and skilled won’t make much of a difference, would it?

And it’s not that we don’t understand the value, it is that what we wish it to be, isn’t. If the user sees a very different value in one product and we produce other products, no matter how skillful we are, we will fail.

So trivial, and so misunderstood

I know at least two CI managers in European Pharma companies who are everything on Almudena’s list and yet one has a VP Marketing who doesn’t want to hear anything that doesn’t make him look good, and the other has a corporate culture that says, collect what we ask and shut up.

I am sorry to state an unpleasant fact, and I may get some readers all steamed up, but CI analysts especially in Europe, but also in global Pharmaceutical companies, fare the worst in this system view. They spend 90% of their time on “projects”, where their input is at best secondary in terms of influencing strategy and at times they are better off not even providing strategic perspective because they either don’t know what is the underlying strategic intent beyond the project or the consumer isn’t interested in anything but a checklist of competitors’ data.

Project work by definition cannot lead to strategic intelligence capability. I don’t know why Pharma is the worst in this case; maybe it’s just the fact that executives consider government to be the most strategic high impact (external) player to deal with and they don’t think CI has any value in that. But the fact remains: it is not all up to our skill set, so stop blaming yourself for failing to be “strategic”.

An analogy to clarify it all

When I was a business professor teaching statistics to undergraduates at Rutgers, I would ask the kids on the first day, “what do you think I am going to do for you?” and without fail, there will be at least one smart-ass kid who shouted, “How to make money!” And I would reply: “If I knew how to make money, do you think I’d be here?” and I’d get them to laugh which was my intention because they were all scared to death of the math and stat courses. (Little did they know that I would still be there even if I found a way to make money, if it was only possible to do both, since my only real skill and love is teaching).

So think about Eq (1) above. If for top management, or your VP or senior Director, the role of competitive intelligence is a glorified archivist or librarian, no matter how much skill you have, the user will never get your full value. The user expects some specific, low value deliverable, and that’s what the user will look for. So you have two choices:

Next week, I am going to the CI+Strategy event in San Francisco, the first event ever with which the Academy is partnering. The reason we decided to get involved with conference-type meetings after 18 years that we deliberately didn’t is because we realized no one is actually elevating CI to strategic level even though everyone in the community talks the high talk about the need to “be strategic”. At that event, I hope, we will discuss, debate, argue, scream, and maybe learn more about how to change the other side of the equation without placing superhuman demands on the competition analyst. At least I know I intend to do all of the above (screaming, debating, etc..)

I will report post event. If you have specific questions you want me to address, let me know here.