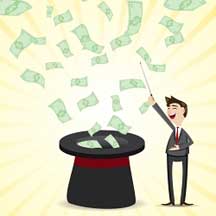 I have always known politicians will say anything to get elected, raise money, or leave a legacy. But one of the latest concepts to emerge from Washington is a real doozy: middle-class economics. A new science! Next we’ll see upper-middle-class economics, then almost-poor-people economics, and lastly Wall Street economics (say, incentivizing banks to get large and then penalizing them for getting large).

Economics is a set of rules (mostly logical, some empirical) that describe the interaction of people in the exchange of goods and services. The rules of economics are not confined to money or “economic transactions.” As Gary Becker, a famous University of Chicago economist, showed: Economic rules govern social interaction in general. But then, it is not surprising, because economics is basically about two inviolable general rules:

Everything else can be more or less derived from these laws of human nature.

So there is no middle-class economics, this is just nonsense. There is middle-class strategy. I leave it to you to judge if the strategy can ever work, and that naturally depends on what the goals are (real or ‘publicly stated’), but there is no special economics for particular classes favored by government. Middle-class, upper-class, under-class and in-between class all obey the above two general laws.

The misunderstood science of competitive intelligence

Just like this misconstrued version of economics, the science of competitive intelligence has been confused, misused, abused and utterly misunderstood by laymen and “experts” alike. Here are some of the more entertaining perspectives on intelligence:

Since competitive intelligence is a perspective on strategic risks and opportunities in the service of the company’s strategy, it is naturally none of the above misguided concepts. Just like any other human activity, it obeys the two economics laws above: Incentives work and there is no free lunch in competitive intelligence. Here are two examples:

Incentives work means that intelligence users must have an incentive to use intelligence. If they can get away without using it, why bother? The result is that if intelligence is not mandated at critical junctions, companies tend to perform more poorly on costly decisions. This can be seen in our survey of our CIPs. The implication is that it doesn’t matter how much money a company throws on intelligence activities, what matters is how it demands it should be used.

There is no free lunch means if an intelligence analyst wants to have impact, he or she must take risks. Hiding behind vanilla “fact” reporting is safer, but has little real value. Taking risks also involves getting down and dirty with the decision politics inside the organization and using tools such as organizational network analysis (ONA) to understand where risks–reward ratios are acceptable.

Or you can just wait until middle-class economics makes you rich.