Which start-ups succeed and why? 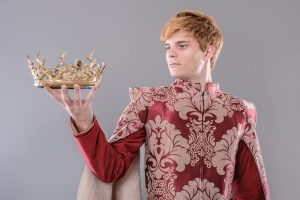 A recent post on Linkedin highlights these intriguing findings from a study by Lux Research regarding the success (or rather dismal failure) of start-ups (and by implication, the Venture Capital that invests in them):

2. A major factor behind those that succeed is clear understanding of barriers to entry (the other is a partnering skill).

Barriers to entry into start-up entrepreneurship are nil: any two people writing code in Mountain View can declare themselves a startup. Barriers to entry into the competitive arena, on the other hand, are a whole different story. These include competitive response from strong incumbents, resistance from customers, impact of regulations and lobbying, etc. Moreover, without smart strategy and effective competitive intelligence perspective on the market pace of evolution that allows for overcoming existing advantages of incumbents and their likely counter-moves, startups live in a fantasy world, where technology alone makes them the next Facebook. It doesn’t.

Amazingly, no matter how smart the Venture Capitalist is- and they are smart- VCs tend to fall into the same traps as amateurs when judging the competitive skill of the management team they invest in. I was on a VC Fund’s board some years ago, and while the partners exhibited great sense of technology (or hired experts) and expertise in structuring deals (or they wouldn’t be there), they tended to place competitive strategy low on their priority list. European VCs are worse – show negative returns on average over a decade – but American VCs are not doing much better. As technology spaces becomes crowded, they increasingly fail to identify promising startups because of their screening strategy (friend brings friend closed loop). This close circle, similar-minded clique reinforces the lack of attention to fundamentals of competing beyond past track record which is surprisingly not a very good indicator of future success (I am being diplomatic here).  The over-reliance on “market size” (often wishful thinking) replaces the development of a true competitive perspective. The whole VC’s mindset of accepting the failure rate as a norm shows deep problem with the industry’s understanding of competitive strategy.

On the start-up front, the entrepreneurs are rather spoiled. A few programmers, a former success story, and a good contact and VC Funds trip over each other to provide funding. Why should the start-up pay attention to actually competing? “The market potential is huge! The whole planet will want our superior disruptive technology. Incumbents are slow and rigid compared to us and they are all doomed!”

You think you could do better? Here is a quick test of your natural “VC skill”: Just look around your Linkedin feed, note the number of self-employed “CEOs” and consultants and “gurus” and “change agents” and “greatest expert in the world” (I actually ran across one PhD who called himself that) and score them based on what you believe is a distinction strategy. Make a prediction based on your score as to who is going to be successful 2 years hence. Then wait.

Ben Gilad is a co-founder and president at the FGH-Academy of Competitive Intelligence (www.academyci.com)