Why Intelligence is the Cheapest Corporate Capability 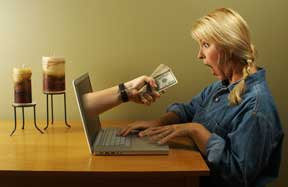 There are many corporate functions such as marketing, sales, IT, R&D and Human Resource Administration that are funds guzzlers. IT and R&D require huge investments. Marketing requires significant resources for advertising, social marketing, market research and promotions. Sales and HR are labor intensive.

There are some functions that require lower allocation of funds – Finance, accounting, purchasing and business development, for example, are by default less resource intensive.

But the cheapest of them all is strategic (competitive) intelligence.

Let’s start from the premise, not widely accepted, that major decisions can be improved by having strategic insight (i.e., true competitive intelligence, not noisy information) as input. Improving on a bad launch of a new pharmaceutical drug means saving $50-100 million in investment that may go south if the launch failed to assess market response. Scrapping the development of a drug even earlier because competition is further ahead can save a billion dollars. Identifying a new use of technology that competitors haven’t yet perceived as useful can create a 100 billion dollar market (Amazon’s Cloud, for instance) .

Assuming that you accept the premise that intelligence improves decisions (again, not widely agreed on!), how much investment in CI is required to deliver the above mentioned benefits?

The idea that decisions can be improved with intelligence is not universally accepted because it is almost impossible to measure direct effects. So let’s move on to the direct effect. In a recent survey published in HBR (Why Strategy Execution Unravels), managers from 250 companies cited lack of agility as a major obstacle for performance. Agility is the ability to adapt to changing circumstances. It is on the lips of every executive I’ve ever talked to and many I didn’t. What company doesn’t want to be agile?

Even if you don’t accept the hyped premise that competition today is worse than ever (I for one, don’t), it is still true that agility is necessary for successful execution. Even a perfect strategy fails if it is not capable of adapting at the margin to changing circumstances.

Now here is a simple, straight forward question: how can any company hope to be agile without the underlying intelligence capability? Agility requires input from the market on third parties’ moves, counter-moves and intended moves, so the company can adapt- ignore, react, or preempt.

The benefit from agility? Hard to say but some estimates put it at 37% of companies’ growth and 30% of profit. High enough for you?

The cost of intelligence capability to underlie agility?

Agility is an organizational capability, not an individual trait. It requires multiple system capabilities from quicker decision making to cooperation across siloes. In no way do I claim that having effective CI is sufficient for agility. I leave the hype to ‘game changers’ and webinar vendors.

But unless you are a state monopoly, you probably realize effective intelligence is a necessary condition for agility. Without effective CI, no organization can ever hope to become agile. In the Economist’s survey, more than one-quarter (27%) of respondents said that their organization was at a competitive disadvantage because it was not agile enough to anticipate fundamental marketplace shifts.

Why $125,700? Simply put, this is the average salary of a qualified intelligence professional (i.e. a CIP™ certified), based on a 2013 survey. The figure is somewhat underestimated (the upper limit was open ended), but it’s a ballpoint.

I’ve recently delivered a talk about organizing for effective intelligence to two European giants, leaders in their segments. My webcast said basically this:

I am quite aware that my approach runs contrary to 99.99% of the consultants and vendors in the field. I lament the misguided thinking that suggests CI teams must grow. People who advocate that approach just haven’t learned the history of intelligence processes in companies.

A one well placed, well connected, brilliant CI analyst can deliver the above benefits single handedly. A 50-people data fetchers department can’t, no matter how many benchmarking studies it undertakes or how many vendors it contracts with.

Creating a CI capability is the cheapest endeavor companies can undertake if they do it correctly.

So repeat after me: what’s the cost of being agile? $125,700. Tell it to your boss and your bosses’ boss. Show it at meetings. Send this post to your executive team. Spread it throughout LinkedIn. This is the strongest case we can make for strategic, competitive, corporate, market, marketing, intelligence. We are cheap.

In the age of cost saving and tight operations, nothing speaks louder than that.

This short piece proves the value of CIP to your company. But let’s be honest- it’s the value to you that matters as well. On average, the annual difference in compensation between an IACET accredited, ACI-granted CIP™ and those who are not CIPs is $15,000. This is $150,000 added to your salary in 10 years or $1,500,000 if you live to eternity (calculated on continuous compounding with discount rate of 1%).

Now do your own calculation: Is it worth it for you to beg your boss to allocate 5K for your CIP™-I training rather than spend it on lower yield alternatives?