Planning for Business Disruptions: Why you need to ask “What If?” 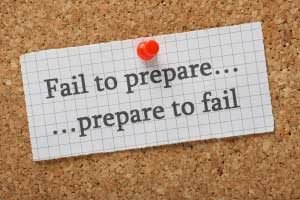 Steven Newman, the former CEO of Transocean Ltd., weathered the explosion of the company’s Deepwater Horizon drilling rig in the Gulf of Mexico, but couldn’t weather the deep drop in oil prices. By not preparing Transocean for unplanned business disruptions, Steven Newman oversaw a series of events that cost his company billions, and eventually cost him his job.

Exxon, ConocoPhillips, Royal Dutch Shell, Chevron, Occidental and others are conserving cash and rendering painful cuts by discontinuing projects in Louisiana, Texas and North Dakota. Even Saudi Aramco, the world’s largest oil producer (whose refusal to curtail oil production helped usher in the collapse in price), is squeezing oil-well service contractors and is decreasing upstream spending as much as 25%.

The Costs of Being Unprepared for Business Disruption

Over the past few years Transocean went on a spending spree, amassing the world’s largest high tech fleet of off-shore drilling rigs, adding to the glut in drilling capacity. As a result, according to the Wall Street Journal, the company recorded a $2.2billion loss in the third quarter of 2014, was asking shareholders to cut quarterly dividends from 75 cents to 15 cents and as reported on February 17, 2015, had Steven Newman step down.

Was Newman in the wrong place at the wrong time? A victim of a precipitous plunge in oil prices? Or, was he short sighted strategically, never considering a world where uncertain and impactful forces could converge to create a tsunami in the oil patch. If the role of a CEO is to strategically guide the firm and safeguard stakeholder value, then one can argue that it was his duty to ask “What if?”

Scenario Planning and Analysis Helps Answer “What If?”

For instance, in the case of deep-sea oil drilling rigs, possible drivers that are uncertain and impactful are as follows:

Running these drivers through plausibility analysis does yield a feasible scenario, a story, whereby the price of a barrel of crude is below breakeven, big oil companies have curtailed exploration, nations are not in alignment to cut supply, and consumer demand has decreased. Such a scenario can be entitled “Pull it Back.”

A resulting strategic fleet management imperative may have triggered different strategic decisions at Transocean. Maybe they wouldn’t have bought so many new high-tech vessels without first retiring their older ones. Maybe they would have purchased more rigs that could be docked, so that they wouldn’t have steep costs keeping them out at sea even when they are not under contract. Maybe they would have diversified their exploration capability to include a portfolio of capabilities of different break-even prices. Maybe if the CEO would have engaged in looking beyond the industry’s historic reality, stakeholders would not be taking a bath and he would still have a job.

Scenario analysis is a strategic tool for telling compelling, credible and possible stories about the future. Based on uncertain and impactful factors, it pushes decision makers to look beyond their current realities, beyond their possible blind spots, and consider how different the landscape can be, what they can do to see it coming and what they can do to be prepared for it now.